Welcome to your information center on the Library/Media Center webpage. Below you will find databases, websites, and videos to help you gather your research.

Examining major aspects of each ancient culture, such as its government, its economy, and its religious practices. 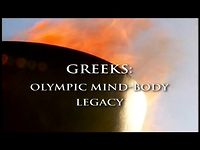 A look at the great and often unrecognized pioneers in the field of innovation and invention.

A general reference resource for primary and elementary.